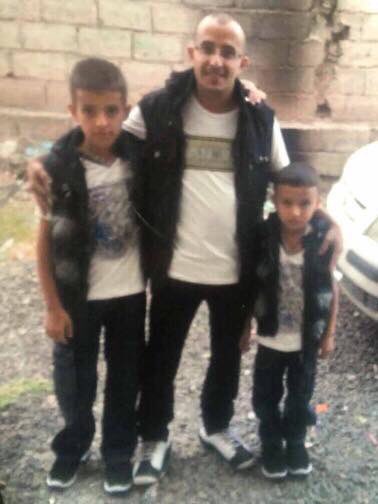 A man’s greatest fear is not being able to offer financial stability and protection for his family. This fear is intensified when the reasons behind it are far beyond his control. One of our own, a Yemeni American, and father of five (who’s name is not disclosed here for respect to his family and privacy reasons) is like so many others being affected by the Trump administration’s Muslim ban. In fact, we’ve heard that he first filed for his wife and children back in 2013. However, due to increased tension and violence in Yemen, he was forced to relocate his family to Djibouti in 2016.

From what we’ve been informed, he would continuously talk to his family from the US and visited them from time to time. All he wanted was to be a part of their lives as the visa process ran its course. Unfortunately, five years of trying to provide for them placed a tremendous strain on his finances to a point where he could no longer support them. His situation was such that three of his five children had managed to enter the US, while his two remaining kids and his wife were still stranded in Djibouti awaiting their visas. Thus doubling his financial burden to try and handle two households, where the cost of living in Djibouti is only 26% less expensive than NYC according to Expatistan.com, a site which compares the cost of living for cities around the world.

What’s more, the situation for his wife and kids were deplorable, and they had to deal with bug bites as well as the constant susceptibility to numerous infections. It broke his heart that there was nothing he could do to help them.  He felt depressed, desperate, and utterly powerless. Was this what pushed him to take his life on the evening of 19th July 2018 after he had expressed his despair with his family over the phone? A father that assured his family he loved them and apologized for not being in a position to secure them a safe and stable life here in America.

Ironically, it took the death of this man for the Department of State to finally allow his wife and kids to have their visas to attend the burial. How will their lives ever be complete without him? Something has to give when immigrants founded America, and yet he was made to feel like a second-class citizen, alienated and un-welcomed. Why should a US citizen be denied the right to be with his family?

We Aren’t Blind to What’s Happening Behind Closed Doors

Senator Elizabeth Warren said, “US immigration policy is a moral crisis. There is a need to rebuild it from bottom to top and build a country that reflects our values.” There are so many families going through similar difficulties. Often times, sacrificing everything to relocate their families from the war in Yemen, and setting them up in foreign countries to await their visa interviews only for the process to stagnate for years.

Initially, the DOS had stated that they would grant waivers but has since been exposed on not upholding their promise. In response, more waivers have been approved by the DOS but, an approved waiver doesn’t guarantee a visa. It is incredibly frustrating and torturous to fight for a fundamental human right when our current administration continues to prevent the entry of bona fide family ties of Muslims.

This alarming shift of the immigration landscape, which is based on discriminatory practices, is especially evident to immigration attorney, Julie Goldberg, who has taken the  family case and has handled thousands of cases for Yemeni families over the years.

Moreover, it is quite difficult to fathom how a child should have to wait a whole year for their case to be adjudicated to the US and another year at the national visa center before they get an appointment at the embassy. These children are then subjected to hours of questioning, sitting on chairs that are too big for them that their feet can’t touch the floor, with nothing to eat while being expected to give valid reasons as to why they should be granted visas. How can a child comprehend the degree of the crisis back in their home country? These are our fellow humans, small children, suffering because of something that is beyond their control.

We need to actively participate in this fight towards ensuring we are treated just like every other US citizen. We shouldn’t be kept away from our loved ones for no valid reason. Be proactive and hold these government departments accountable by reaching out to Congress, senators, or your closest civil rights organizations in case you encounter any maltreatment or discrimination from them.

If you have a pending case that has been dragging on for too long, make a point to contact an attorney to find out the details to maintain transparency throughout the process. If at their offices you are intimidated, insulted or even ignored and there happens to be a witness in the room, request them to come forward. It doesn’t matter if it’s an employee of the state. What is happening to our people is wrong, and many people are willing to come out and speak about what we are going through.

Everyone that sees the injustice in all this needs to actively participate in the fight towards ensuring that everyone is treated equally. No one should be defined by their skin color or religion but by their dedication and love for this country.

Voting is the voice of the American people and it cannot be emphasized enough. We need to come out in large numbers for both the primary and the general elections in August and November respectively. This is a clear way of having our voice heard collectively. Putting the right people in positions of power ensures that the country is moving towards the right direction; the direction of non-discrimination. Enough is enough! Let us push for the change we need.

Thousands of Yemeni Americans are in deep anguish. Being separated from your loved ones can have detrimental effects on a person’s mental state. The stress of having to worry for your family when they are in a country where war is the norm, not knowing if they will make it through the night or day is no way for a person to live. Under intense stress, people do the unthinkable, and one death in any community is already far too many! After five years of patiently waiting our very own Yemeni American must’ve felt at a complete loss when his own country turns its back on its citizens. Therefore, we urge anyone who is either affected or knows someone struggling due to the Muslim ban to seek out professional help in dealing with their situation.

We Will Be Announcing Soon

A town hall soon  where we will be inviting Congress, Immigration attorneys including attorney Julie Goldberg to come speak at and answer any questions.  More to come…