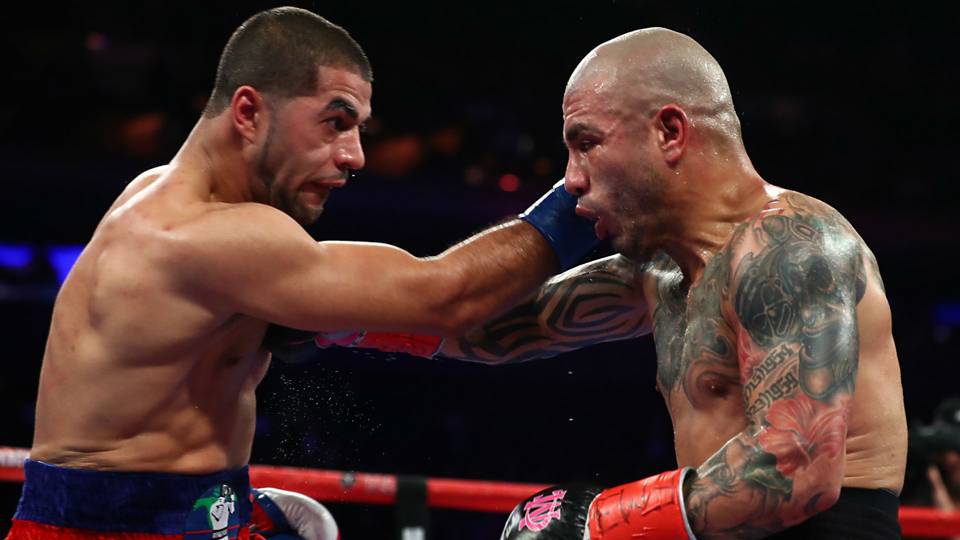 December 2nd, 2017 is one date that is bound to be remembered by most if not all Yemeni living in the USA.It is the day we all witnessed our very own Sadam Ali win the WBO light middleweight title. We need not recount the whole event as it is most probably remembered best by you. This win not only puts him on the wall of fame, but it also changed his career. He has defied the norm and dared to be great. Being only 29 years old, going against the more seasoned and experienced Miguel Cotto, the odds were not on his side. Was it sheer luck? Was it strategy? As we delve deep into the Sadam’s life and all the steps that brought him thus far, we will also seek to understand the various nuggets of wisdom that can be adopted by the Yemeni community here for the development and prosperity of our community.

The story of Sadam Ali is a story well known to the Yemeni community. Being born to immigrant parents back in 1988, Sadam a son of an immigrant didn’t have the opportunity accorded to the rest of the natives. Defying the odds and eventually winning the WBO light middleweight title is therefore not a meager achievement. Even for a Native American.

What was unique about him?

Having achieved such heights of success and excellence in his career in the background of his identity. There is something that set him aloof from the others. As we celebrate our very own son’s success it prudent to highlight the critical factors that made him who he is today. Such lessons can then be replicated in business and every other aspect of our lives.

Reading the story of Sadam Ali, one thing stands out. He trained since he was eight. Can you imagine that! While other kids in the neighborhood were off skating and having fun, he was already training. Maybe in his early life, he didn’t know that boxing would end up being his life’s legacy and career. But he loved what he was doing and didn’t waste time identifying it. That speaks a lot about when to start anything. You are not too young for anything. Start now. If you are waiting for the time that you will be ‘ready,’ then I have news for you! You will never be ready. Just start, you will learn the ropes of the job. Business or otherwise, an opportunity will always favor the bold.

It’s not a smooth ride

Many people join business thinking that it’s all going to be rainbows and unicorns. Well, those only happen in fairy tales. In the business world, there are ups and downs, expect them because they will surely come. It is just those who push through to the end that gets rewarded. Sadam Ali, back in November 2007 was suspended for alleged use of Cathine (a banned substance). This was a massive blow to his career. It happened just as he was preparing for the 2008 summer Olympics. What then did he do? Sadam accepted a voluntary indefinite suspension as he kept on appealing for the results to be overturned. This eventually panned out. His case was reviewed and was given a three-month suspension. Had he given up he wouldn’t be here today. Same applies to our daily business. Be adamant. Push through and persevere because no situation is permanent. The only thing that cannot change in this world is change.

One thing I loved about boxing as a game is that the saying of getting knocked down and getting back on your feet applies literally. It is a game where punches and exchanged. Not just any punches, heavy blows that are meant to knock you down and out! No one will come and punch you in your face in the business world. You will be dealt blows regarding profits dwindling, making losses, losing clients and contracts, litigations, etc. this won’t meant that you are a lousy business person. It just says that you have to get up and face it again and again and again until the one time you will get your shot of success. It’s more about persevering and getting back on your feet every time you are dealt a blow.

There is a fine line between bravery and stupidity. It only takes wisdom and experience to discern. Sadam Ali a 29-year-old (with a 26 wins one loss and 14 knockouts) decided to go against Cotto, a 37-year-old more experienced boxer (with 41 wins six losses and 33 knockouts), this decision was either too stupid or too brave. I say it was the latter. With a record like his, of only one loss since he decided to go professional, the move to challenge Cotto was a well calculated one. Same applies to business. It is all about knowing your strength, weaknesses, opportunities, and threats. His history of winnings was his strength, his lack of adequate experience was a weakness. The fight was an opportunity he wasn’t willing to pass, and Cotto’s reputation and expertise was a threat.

From this simple analysis, he knew precisely what battles were good for him.

Put in the hours

Nothing comes easy. You always have to put in the effort. During his interview after winning, in as much as he thanks a lot of people for the win, he also attributed it to his hard work. Nothing can replace the importance of hard work. Not even talent. He started boxing when he was only eight. His win last year December was an aggregate of the hours he put into his career over the span of 21 years. Same applies to business.  The output is directly proportional to the input you make.

Sadam Ali, at 29, has permanently made a mark on the world. He has earned a space in the hall of fame. All these weren’t out of luck or wishful thinking. A series of events led to his glorious achievement. As he continues to soar higher, we are left to learn from him and emulate him.