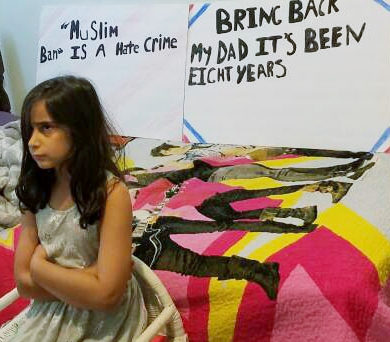 The Yemeni American Chamber of Commerce (YACC) joins the nations human rights, civil rights, Justice-loving people and civic organizations across the nation expressing profound disappointment by the recent Us Supreme Court decision upholding the Muslim Ban and upholding President Trump’s stance on this important constitutional debate. The YACC and the Yemeni American community that it proudly serves in the state of Michigan and across the nation, will keep its active engagement advocating and demanding justice for all upholding the American values that fight discrimination, bias and any form and shape of selective treatment by the Trump’s administration.

Thousands of fellow Yemeni Americans will be severely impacted by the enforcement of the ban where Yemen is one of the other 7 countries electively selected and subject to the ban. Such a decision will only add to the pain and suffering of the perspective communities of such listed countries, including Yemen. Also impacting the ongoing war and conflict of the community. Indeed, such selective policies have proven to be a failure and will not be as effective as desired.

The Yemeni American Chamber of Commerce, salutes all who expressed their opposition to the Ban since day one as well as their renewed opposition and disagreement with the US Supreme Court decision. The YACC commends those of Michigan’s congressional delegation who stood firm defending the basic American values of fairness and the Us constitution. The YACC will spare no efforts to work with all community organizations, civic institutions, religious institutions, leaders and elected officials in the name of justice and against the racial and selective implantation of the law in America. This is an American challenge and not a challenge limited to the Arab & Muslim American community the listed countries on the Ban.

In light of such tough challenges facing the community and the nation, YACC reminds all fellow American citizens that active participation in both the primary and the general elections in August and November will be the actual and effective response. Only active and strong participation will bring the right turnout also electing the right candidates will help render the change that may correct the record straight.

In the meantime,  YACC is in discussions with legal experts and civil rights organizations  to continue fighting for those that have been affected.  Stay tuned…