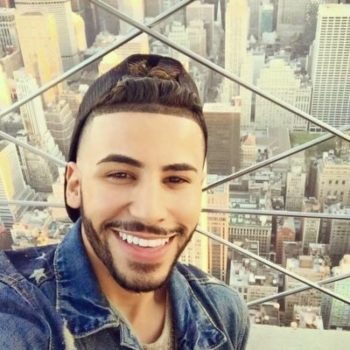 When Life Gives You Yemen, Make Some Yemenade

Genius, right? Like the lemon and the lemonade, you get the joke.

Before you scroll down to the next article, hear me out. I know some of you might not be big fans of Adam Saleh’s work, but then as a Yemeni son doing what he is doing and gaining all the popularity and fame, we have to give it to him. He has defied the odds and done what few of us can dare do.

Who is Adam Saleh?

Forgive my assumption, Adam Saleh, for those who don’t know him, is a You-tuber, a vlogger, a musician, and activists of sorts. He seems like a jack of all trades right? Well, he is. He has been involved in some pretty controversial scenarios in the past, but all these have been stepping stones to creating who he is right now. You might not like him. Personally, you might not like his work individually, but for a twenty-five-year-old son of a Yemeni immigrant to make headlines and gain such fame, that has to be something, right?

What can we borrow from him?

Adam’s life can shed some light on how we can also defy the odds here in America.

You see the way when asked what your life plan is; people tend to reply regarding milestones with fixed dates on them? Yeah, that right there is an example of a dream. It’s good to have dreams, but then it’s better to understand that life is not a straight path to walk through. You will have obstacles and challenges, but you will have to improvise on your feet. Think on your feet, make a decision and move on. Saleh’s dream was to become a boxer, somewhere along the way his license was revoked. He didn’t stay home cursing he took a tangent, started on one of his other passion, vlogging.

Not everyone will support you

In a bid to show the world on how speaking Arabic and dressing all Arabic elicits different police response, he was asked to apologize for what they termed as a “cheap publicity stunt.” Whether he went or didn’t go over the line is for you to decide. The bottom line is, in whatever you do, not everybody will approve, just push on, never give up and never listen to negative criticisms.

Find what you love and let it ‘kill’ you

Once you establish what you are passionate about in the world, pursue it with all you’ve got. Leave no stone unturned in this pursuit. They say it is better to die smiling than to live for a thousand sad years. Adam’s passion is vlogging; YouTube is his world. He doesn’t let anything deter him from doing what he likes and feels is right. Such energies are crucial for anything in life most importantly in business.

Up to this point, life has continuously given him lemons in the form of frustrations, partnership breaks, being insulted and called names. But from all these Saleh’s has always found the silver lining in every cloud and ran with it. We can at least appreciate and borrow that.